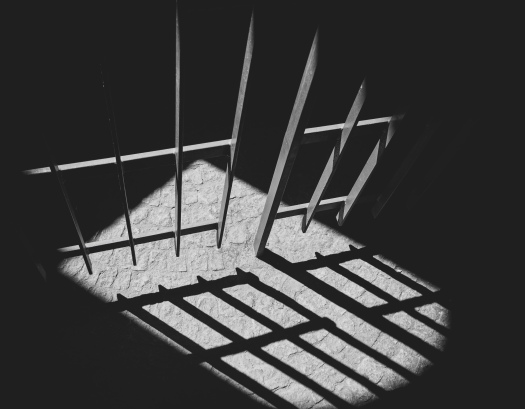 1Some time later, Pharaoh’s chief cup-bearer and chief baker offended him. 2Pharaoh became very angry with these officials, 3and he put them in the prison where Joseph was, in the palace of Potiphar, the captain of the guard. 4They remained in prison for quite some time, and Potiphar assigned Joseph to take care of them.

5One night the cup-bearer and the baker each had a dream, and each dream had its own meaning. 6The next morning Joseph noticed the dejected look on their faces. 7“Why do you look so worried today?” he asked.

8And they replied, “We both had dreams last night, but there is no one here to tell us what they mean.”

“Interpreting dreams is God’s business,” Joseph replied. “Tell me what you saw.”

9The cup-bearer told his dream first. “In my dream,” he said, “I saw a vine in front of me. 10It had three branches that began to bud and blossom, and soon there were clusters of ripe grapes. 11I was holding Pharaoh’s wine cup in my hand, so I took the grapes and squeezed the juice into it. Then I placed the cup in Pharaoh’s hand.”

12“I know what the dream means,” Joseph said. “The three branches mean three days. 13Within three days Pharaoh will take you out of prison and return you to your position as his chief cup-bearer. 14And please have some pity on me when you are back in his favor. Mention me to Pharaoh, and ask him to let me out of here. 15For I was kidnapped from my homeland, the land of the Hebrews, and now I’m here in jail, but I did nothing to deserve it.”

16When the chief baker saw that the first dream had such a good meaning, he told his dream to Joseph, too. “In my dream,” he said, “there were three baskets of pastries on my head. 17In the top basket were all kinds of bakery goods for Pharaoh, but the birds came and ate them.”

18“I’ll tell you what it means,” Joseph told him. “The three baskets mean three days. 19Three days from now Pharaoh will cut off your head and impale your body on a pole. Then birds will come and peck away at your flesh.”

20Pharaoh’s birthday came three days later, and he gave a banquet for all his officials and household staff. He sent for his chief cup-bearer and chief baker, and they were brought to him from the prison. 21He then restored the chief cup-bearer to his former position, 22but he sentenced the chief baker to be impaled on a pole, just as Joseph had predicted. 23Pharaoh’s cup-bearer, however, promptly forgot all about Joseph, never giving him another thought. (Genesis 40:1-23, NLT)

Joseph ends up in prison through no fault of his own, yet God continues to bless him. He finds himself overseeing the whole prison, making life very easy for the chief jailer.

In chapter 40, two important officials in Pharaoh’s service find themselves in prison after offending Pharaoh. It just so happens that both of them have dreams on the same night that Joseph is able to interpret.

The first thing of note is that Joseph understands that his ability to understand and interpret the dreams comes from God, not some supernatural or psychic ability. There is no doubt that the reason Joseph is blessed wherever he goes and whatever circumstance he finds himself in is because of his unique relationship with the Lord.

Secondly, after Joseph interprets the dream of the cup-bearer, which turns out to be a favorable outcome, Joseph appeals to the cup-bearer to remember him when he’s back in a position of influence. The text says that after the cup-bearer was reinstated to his former position, exactly as Joseph had communicated from the dream, the cup-bearer “promptly forgot all about Joseph, never giving him another thought.”

Doesn’t it seem odd that the cup-bearer completely forgets about Joseph? After all, it’s not everyday that someone interprets your dream and the events of the interpretation unfold EXACTLY as communicated. In addition, the chief baker also had his dream interpreted and though the outcome was not favorable to him, the events of his dream interpretation ALSO unfold exactly as communicated.

Wouldn’t you think this would make a profound impact on the cup-bearer? But apparently, it doesn’t, at least not yet.

I think there are two things going on here. First, I think it’s in our nature to forget the role others play in the blessings we experience. Most of us, at our core are selfish and we like to think that we alone are responsible for our successes. The reality is that often there are a host of others who play pivotal roles in our accomplishments, no matter how minor they may seem. As we revel in our own achievements, we can easily become self-absorbed and “believe our own press clippings”.

Secondly, God’s sovereignty is also displayed in this story. Though the cup-bearer forgot all about Joseph, God orchestrates events in the coming chapters that reminds the cup-bearer of Joseph’s unique ability. This new information comes at just the right time and elevates Joseph to a position of prominence he likely couldn’t have imagined when he was initially appealing to the cup-bearer to remember him.

The lesson here is that God’s timing is perfect and we don’t have access to all the information. While it may appear that my circumstances aren’t working out the way I want, it’s also possible that God is creating a greater opportunity that is beyond the horizon of my vision.

When have you experienced circumstances like Joseph, where you were in a situation that is no fault of your own and yet you felt forgotten?

How has God used a past negative circumstances for a greater purpose that you couldn’t see at the time?

Photo by Tim Hüfner on Unsplash