It may be the worst fear of every parent – to be awakened in the middle of the night by a phone call telling you your child has been in a car accident.

For my friends Doug and Doris Griffin, their worst fears became reality in the early morning hours of February 22nd, 2015 when they received news that their 23 year old daughter, Molly, had died earlier in a fatal car crash caused by a drunk driver.

I cannot even imagine the searing pain and unthinkable grief that one experiences as a result of such a tragedy.

I don’t know about you, but when I’m hurting and experiencing extreme emotional pain, I’m not a generally kind person. I remember a pastor once say that “a wounded animal is a dangerous animal.” It’s true of people too. When we’re wounded emotionally, we can be dangerously unkind, hurtful and even volatile to those around us.

Amazingly, my friends Doug and Doris, when first confronted by reporters regarding the tragic death of their daughter, did not respond as you might expect. 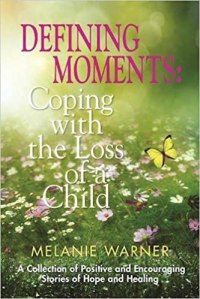 Doug wrote about his experience in the book Defining Moments: Coping With the Loss of a Child. In the chapter titled “Molly Day”, Doug wrote,

As word spread and people started showing up at our house, it came rather quickly to me that I had to forgive the driver. Even before knowing any details. I wish I could say that by my willpower and through some courageous act I made this decision. But that would be a lie. This time, perspective came quickly calling through the Holy Spirit: “Do you not remember driving as a young man while intoxicated yourself? Did you not come within an eyelash of dying in a car accident yourself when you were 22? Are you not commanded to forgive in order to be forgiven? And what is it that you hate more than anything? Hypocrisy.”

Later, when the first reporter showed up at their house, Doug said that the first words out of his mouth were, “I just want you to know that we have forgiven the driver.”

In this era of cancel culture and vigilante mobs who demand immediate and swift justice, what would compel a person to so quickly forgive a person they’ve never met, who’s committed an egregious crime and taken away one of the most precious things we love? This response does not seem natural, as evidenced by the reporter’s shocked expression.

Doug continued his explanation to the reporter:

“You see we are Christians and we are commanded to forgive. Did you know that Jesus forgave the very men who murdered him from the cross? If he can do that, I can forgive the driver.”

Doug also admitted that he “didn’t want to become known as the angry father who screamed for retribution or revenge.”

Later, when the time came for the driver to be sentenced, Doug and Doris were in the courtroom. California law requires that judges allow anyone who was impacted by a crime be allowed to speak at the time of sentencing. When it was Doris’s turn to speak, she pushed through the pain and the grief and expressed her forgiveness to the driver. Then Doug spoke. He writes,

…as I then rose to speak, I fought through the tears, I shared with
the drunk driver what I was sure Molly would say: “You took my life, you nearly killed my friends and you hurt every person I ever loved…And I forgive you.”

(Side Note: You can read my related blog post about cancel culture and Forgiveness here.)

How does one move on after losing a loved one? As Doug asked, “how do we lean into this unceasing grief?”

Many people will do something to try to preserve the memory of their loved one. Some may set up a scholarship fund. Others may set up a charitable foundation. Doug and Doris opted for a different avenue to honor Molly’s memory and legacy.

Doug writes, “I told Doris that we needed to celebrate Molly’s life on her birthday and not focus on how she died. I said we needed to have an annual Molly Day. Doris, with a little help from her friends, took my idea and put it on steroids. She turned it into #LiveLikeMolly and came up with the perfect way to honor her: perform acts of kindness for others to establish her legacy as the kind, loving, wonderful person she was.”

And so every year in early August, we get a postcard from Doug and Doris that reminds us of Molly and her birthday. This Wednesday, August 26th would have been Molly’s 29th birthday. Instead, it’s the 6th annual “Molly Day”, where those who knew Molly and those who have come to know her story are encouraged to #LiveLikeMolly by participating in random acts of kindness to those around them.

I wish I could say that I live EVERY day like Molly Day, but I don’t. I’m selfish and I often just think of my own needs instead of others. But this Wednesday, I invite you to join me in “Molly Day 2020”. Use the hashtag #LiveLikeMolly on Facebook, Twitter and Instagram to share your stories of something kind and unselfish that you were able to do for someone else.

Together, we can help honor the memory of Molly while at the same time providing small moments of cheer and joy, something I think we all could desperately use right about now!