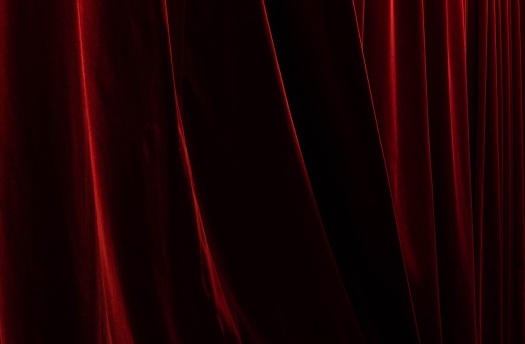 33At the sixth hour darkness came over the whole land until the ninth hour. 34And at the ninth hour Jesus cried out in a loud voice, “Eloi, Eloi, lama sabachthani?”—which means, “My God, my God, why have you forsaken me?”

35When some of those standing near heard this, they said, “Listen, he’s calling Elijah.”

36One man ran, filled a sponge with wine vinegar, put it on a stick, and offered it to Jesus to drink. “Now leave him alone. Let’s see if Elijah comes to take him down,” he said.

37With a loud cry, Jesus breathed his last.

38The curtain of the temple was torn in two from top to bottom. 39And when the centurion, who stood there in front of Jesus, heard his cry and saw how he died, he said, “Surely this man was the Son of God!”

40Some women were watching from a distance. Among them were Mary Magdalene, Mary the mother of James the younger and of Joses, and Salome. 41In Galilee these women had followed him and cared for his needs. Many other women who had come up with him to Jerusalem were also there. (Mark 15:33-41, NIV)

Mark 15 documents the climactic struggle of Jesus on the cross. Jesus shouts out something in Hebrew and those who are watching assume that He’s appealing to Elijah to save Him.

Jesus breathes His last breath before succumbing to the brutal effects of crucifixion, a torturous method of execution that is designed to slowly suffocate its victims.

And then comes verse 38. It’s so easy to gloss over because before this verse you have people standing around wondering if Jesus is appealing to Elijah and then immediately after this verse the focus shifts back to a centurion who had witnessed Jesus’s ordeal and who concludes that, “surely this man was the Son of God!”

So what’s the deal with verse 38? It seems so out of place to mention that the veil in the temple was torn in two right in the midst of describing Jesus’s death on the cross. It’s almost like the subliminal message that briefly interrupts the flow of the video you’re watching. If you’re not paying attention, you hardly notice it.

The temple was THE center of religious life for the Israelites because it represented the very dwelling place of God. The temple was where Jews brought their sacrifices as an act of worship to God.

The Holy of Holies was separated by a large thick veil, a curtain that created a barrier between the Holy Place and the Holy of Holies. The significance of this veil cannot be underscored. It represented the idea that God is holy and man is not and therefore, God is not accessible to man because of his sin.

The heart of the gospel message is this: Jesus died on a cross, atoning for the sins of the world and giving sinful humanity access to Holy God. We no longer need to make yearly sacrifices because of the sacrifice Jesus has already made on our behalf.

What is your response to the death of Jesus and the tearing of the veil? Are you more like the centurion, who recognized Jesus as the Son of God? Or are you more like the Jewish religious leaders who preferred to dismiss Jesus’s sacrifice in favor of their former way of life?

What are the veils (barriers) that you put up in your life that keep you from entering into the presence of God?

For more details about the layout of the temple click here.

Photo by Nikola Bikar on Unsplash