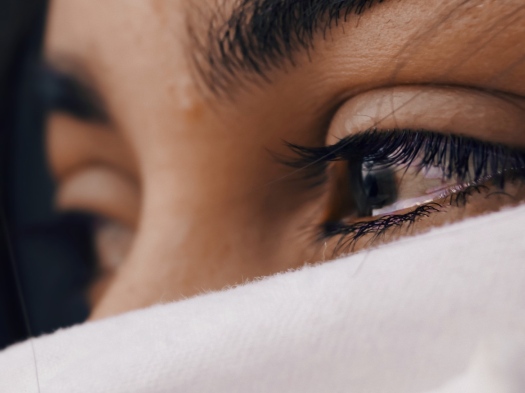 1A man named Lazarus was sick. He lived in Bethany with his sisters, Mary and Martha. 2This is the Mary who poured the expensive perfume on the Lord’s feet and wiped them with her hair. Her brother, Lazarus, was sick. 3So the two sisters sent a message to Jesus telling him, “Lord, the one you love is very sick.”

4But when Jesus heard about it he said, “Lazarus’s sickness will not end in death. No, it is for the glory of God. I, the Son of God, will receive glory from this.” 5Although Jesus loved Martha, Mary, and Lazarus, 6he stayed where he was for the next two days and did not go to them. 7Finally after two days, he said to his disciples, “Let’s go to Judea again.”

8But his disciples objected. “Teacher,” they said, “only a few days ago the Jewish leaders in Judea were trying to kill you. Are you going there again?”

9Jesus replied, “There are twelve hours of daylight every day. As long as it is light, people can walk safely. They can see because they have the light of this world. 10Only at night is there danger of stumbling because there is no light.” 11Then he said, “Our friend Lazarus has fallen asleep, but now I will go and wake him up.”

14Then he told them plainly, “Lazarus is dead. 15And for your sake, I am glad I wasn’t there, because this will give you another opportunity to believe in me. Come, let’s go see him.”

17When Jesus arrived at Bethany, he was told that Lazarus had already been in his grave for four days. 18Bethany was only a few miles down the road from Jerusalem, 19and many of the people had come to pay their respects and console Martha and Mary on their loss. 20When Martha got word that Jesus was coming, she went to meet him. But Mary stayed at home. 21Martha said to Jesus, “Lord, if you had been here, my brother would not have died. 22But even now I know that God will give you whatever you ask.”

23Jesus told her, “Your brother will rise again.”

24“Yes,” Martha said, “when everyone else rises, on resurrection day.”

25Jesus told her, “I am the resurrection and the life. Those who believe in me, even though they die like everyone else, will live again. 26They are given eternal life for believing in me and will never perish. Do you believe this, Martha?”

27“Yes, Lord,” she told him. “I have always believed you are the Messiah, the Son of God, the one who has come into the world from God.” 28Then she left him and returned to Mary. She called Mary aside from the mourners and told her, “The Teacher is here and wants to see you.” 29So Mary immediately went to him.

30Now Jesus had stayed outside the village, at the place where Martha met him. 31When the people who were at the house trying to console Mary saw her leave so hastily, they assumed she was going to Lazarus’s grave to weep. So they followed her there. 32When Mary arrived and saw Jesus, she fell down at his feet and said, “Lord, if you had been here, my brother would not have died.”

33When Jesus saw her weeping and saw the other people wailing with her, he was moved with indignation and was deeply troubled. 34“Where have you put him?” he asked them.

When I was a kid in Sunday school, we’d occasionally be challenged to memorize Bible verses. Everyone knew that the first, and easiest Bible verse to memorize was John 11:35, because it consisted of just 2 words and only nine letters. Jesus wept. Every kid knew that shorter verses were easier to memorize but of course, we missed the whole point of the exercise.

The point of Scripture memory isn’t simply to memorize a collection of words, as if to show off our amazing memory skills. The purpose is for the words to impact you in such a way that life transformation happens. Memorizing the truths of scripture trains our minds to think differently, and rightly, about God, us and the world around us.

As a kid, I didn’t think twice about that, especially when it came to John 11:35. I never thought about why Jesus wept or what that meant for me.

Now that I’m older and reflecting on this verse, I realize how immensely significant these two words are, especially for me.

The context, of course is the death of Lazarus. Jesus knew Lazarus was sick and He purposely delayed going to Bethany so that Lazarus would be dead when He arrived.

When Jesus arrives, He’s met first by Martha and then by Mary, both of whom are sisters of Lazarus. Both separately tell Jesus, “Lord, if you had been here, my brother would not have died.”

What’s interesting to me about this passage is that Jesus, in His deity knew that Lazarus was dead even before He arrived in Bethany. And Jesus also knew that He was going to demonstrate His power over death by raising Lazarus from the dead. Jesus knew the outcome, which would be glorious. So why does He weep?

The key, I think, is in the preceding verses where it says that Jesus saw Mary weeping and others wailing with Her. He was deeply moved by this and as a result, He weeps.

The impact of these two words is profound. First of all, it demonstrates that Jesus, in His humanity, identifies with people. Jesus sees the suffering and the grief of others and in His humanity, He experiences the same emotions we do. As a result, He is able to weep, just as we do. As God, He knows the outcome is going to be praise and exultation and glorifying God for the miracle of Lazarus coming back to life. Why weep when something good is going to happen?

But in His humanity, Jesus experiences what we experience, and He grieves with those who are grieving, despite the fact that He had arranged the situation to demonstrate His miraculous authority over death.

The second reason why this is profound is precisely because Jesus weeps. I grew up in an environment and culture where crying, especially by a male, was seen as weakness. Guys are supposed to be tough and nothing is supposed to affect us. We certainly don’t want to display emotions because that’s for sissies, at least that was the prevailing message of my youth.

Actually, one emotion was allowed, and that was anger. Tough guys are allowed to get angry because it shows you’re a person who is not to be messed with.

But Jesus stands that macho thinking on its ear by weeping at a grave site.

If Jesus can weep, so can I. I can be real and authentic and express my emotions because that is what real people do.

Even though John 11:35 is the shortest verse in the Bible, it just might be the most profound verse in all of Scripture!

What do you see as the benefits of memorizing Scripture? What would keep you from making Scripture memory a part of your spiritual development training?

When you think about the verse that says, “Jesus wept” what thoughts come to mind? How would you have explained this to someone else who didn’t know or understand the person of Jesus? What new insights have you gained from this passage and this verse in particular?

What was the emotional environment like for you growing up? What messages did you hear from your family and the culture around you regarding displaying emotions generally and crying specifically? How does Jesus’s example affirm or change your view and understanding of the appropriateness of expressing emotion?

Photo by Luis Galvez on Unsplash